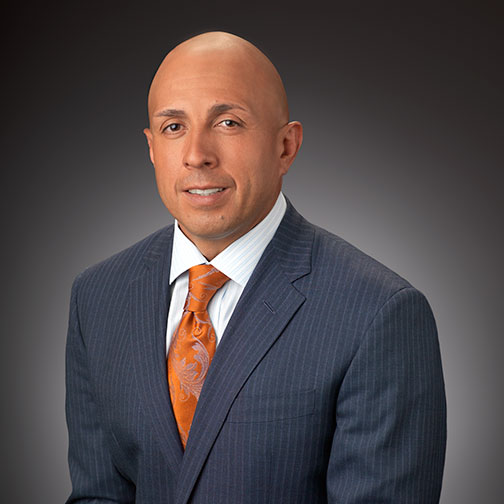 David’s career in the financial services industry specializing in retirement options for employees of 403(b) and 457(b) plans spans more than 16 years. As Senior Vice President of Employer Sponsored Business for AXA, David was a primary catalyst for AXA’s success in the public sector and nonprofit employee markets. David is an industry leader who has focused his entire career on developing programs and plans to serve a rapidly changing marketplace for workers who historically relied on pensions to fund retirement, markets David knows better than anyone. Through ABMM, David is shaping the new paradigm for retirement planning and wealth management.

David was Senior Vice President of Employer Sponsored Business for AXA, where he owned full profit and loss accountability while managing a team responsible for developing and driving business strategies and digital growth. David launched key initiatives that increased distribution, market share, productivity, and profitability. During his tenure, David’s division was a top performer for AXA, and, in 2013, its K-12 403(b) retirement programs were ranked number one in both total sales and total participants, according to LIMRA.

Before heading up Employee Sponsored Business for AXA, David was Executive VP of AXA Advisors in Baltimore, Maryland, for over four years, where ran the number one performing branch in the country.

David joined AXA in 1998, successfully building a client base centered on providing retirement plans for employees in the 403(b) and 457(b) markets. In recognition of his outstanding production, David was inducted into the AXA Equitable Hall of Fame. His experience in sales and managing sales teams before becoming an executive gives David a unique perspective and a working knowledge of every level of his core business.

David resides in Hoboken, NJ with his wife Jackie and is the proud father of three children; Anthony, Brianna and Veronica. He enjoys spending his leisure time with his family at the beach and watching them participate in their various activities.